British, born in Bognor Regis, W Sussex, lives in Surrey.  Fine art photographer and workshop leader.  Black and white photographer of the year 2018, among many other awards.

“I am drawn to nature’s phenomena – waves that look like monsters, islands that seem to be evaporating, rocks with faces.”

For Rachael Talibart the sense of ‘place’ is about the ocean.  She was born and brought up on the coast of West Sussex, and grew up on the sea, spending all her spare time sailing with her yachtsman father.  However she suffered terribly with sea-sickness, and spent most of her time on deck watching the ocean, imagining landscapes and creatures in the wave forms.  She worked as a City solicitor for over 20 years, while raising her own family, before deciding to devote herself to her photography.  She says she is ‘obsessional’ about photographing the sea.

I feel astonished by the incredible images in her project Sirens, using very short shutter speeds to give extraordinary solidity to the fleeting forms of storm waves on the S coast (2016 onwards).  I have only recently seen and read about her work online, and have pieced together these elements of her approach from various sources. 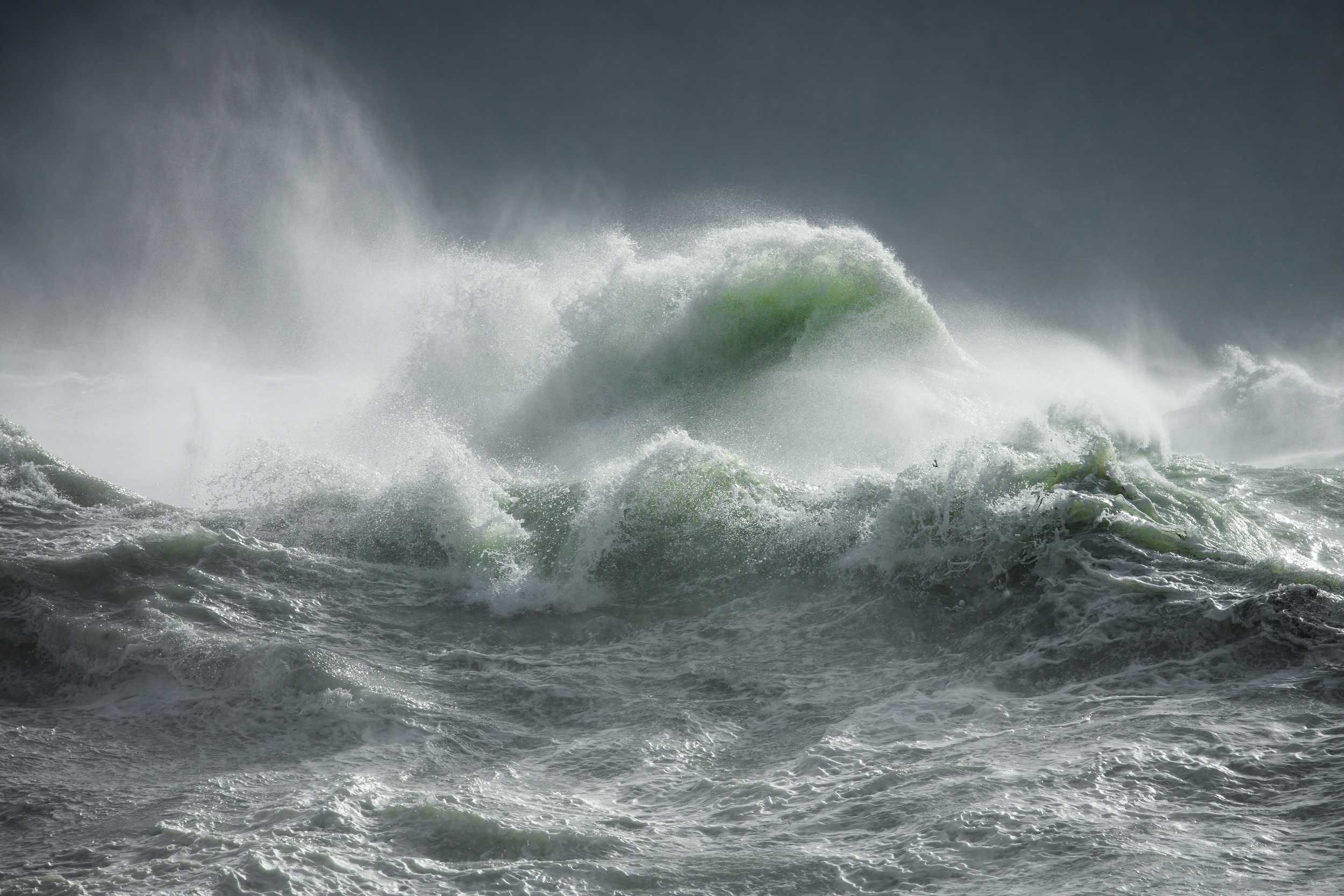 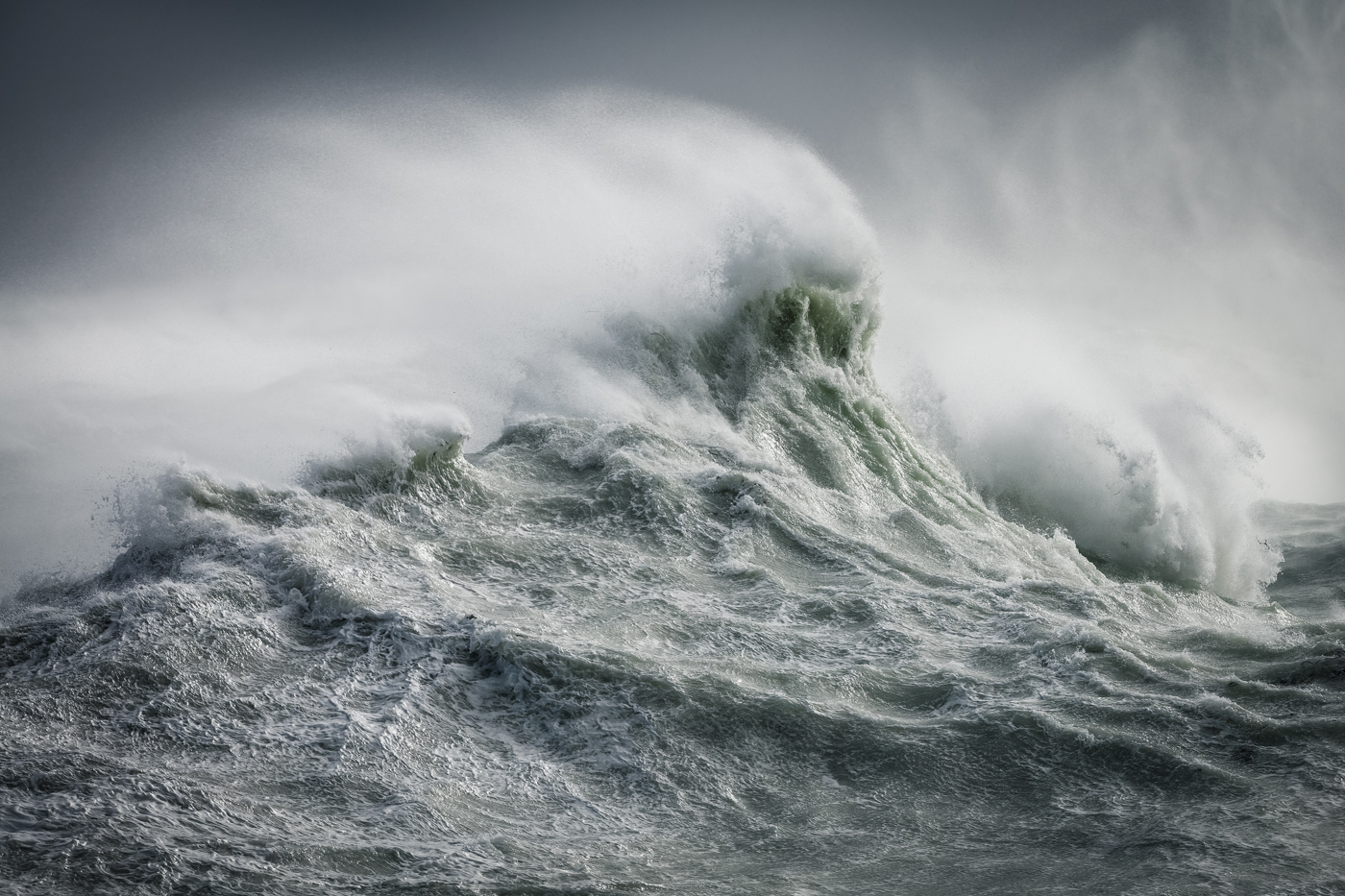 The ocean is one of the most exciting subjects a photographer can choose, as it’s so changeable and volatile.  Even when you know your coast really well, you still can’t be sure of exactly what will greet you when the sea first hoves into view, and this is why I love it.”   From an interview on Fotospeed

It’s no secret that I like the coast during storms.  Days on the shore in the teeth of a howling gale are exhilarating beyond belief.

I love the creativity of photography  … and I simply enjoy the experience of making photographs. …  When I go out on location, I am not trying faithfully to show the scene as it might have appeared to you …  I’d rather capture something you might have overlooked …  I want to show you the one thing in the scene that appealed to me, personally, and to try to convey how I feel.

I’m often pigeonholed into the landscape category because it seems the closest to what I do.  But I try to create images that transcend time and place, and my titles rarely reference location.  I like to create images of things that make them look completely different from how we usually see them.   See here

My photography says that I am drawn to nature’s phenomena, waves that look like monsters, islands that seem to be evaporating, rocks with faces.  Rather than using photography in a documentary way, I like to show subjects in a way that makes them look different from how we may normally see them. I know some people complain that photographers don’t experience the world properly because they are always looking at it through a camera but  … I would argue that making photographs connects me to the world. Perhaps I am also becoming more thoughtful as I age – more and more often, now, I find myself taking time out during a shoot just to be still and …. absorb everything around me.  I believe I make better photographs when I do this.  See here 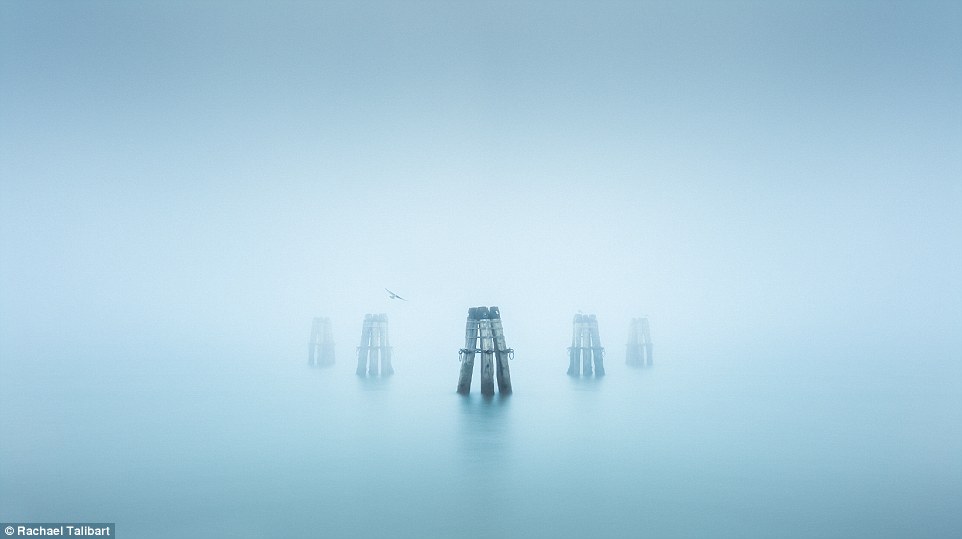 Asked about her best piece of photography advice, Talibart says:

If creating stand-out landscape photographs depends on finding rare subjects … there’s not much left on this planet that hasn’t been discovered and photographed already.

I prefer landscape photographs that … are about communicating how the artist feels.  Those are the rare photographs and they can have almost anything as their subject as long as they express emotion.   See here

Here are a couple of short videos made by her:

The Wild Edge, Mar 2020 was made very recently for the times we are in.

At about 14 mins. she talks about how she has to schedule her photography days and that she goes out irrespective of the conditions, as she finds that sometimes the worst weather or light can make her more creative.  She thinks experimenting is really important – she goes back over and over to a place she knows really well and keeps experimenting.

Interestingly, back at home she does’t look at her images for weeks, or even months – she finds that if she looks at them too soon she can be really disappointed and find it hard to be objective.  She doesn’t delete many at that point either, unless there’s something really wrong.  Sometimes she goes back months or years later and sees something that she wasn’t looking for at the time.  She then prints out the photos and has them on her wall for a long time to keep scrutinising and possibly re-editting them – only  publishing them (eg. on social media) when she’s completely happy.

Her final words of advice from this interview are:

Don’t put yourself under pressure – don’t be unrealistic.  Let finding a direction  for your photography happen slowly, organically.  Be kind to yourself.  Find something to photograph and just enjoy it.